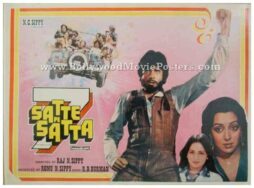 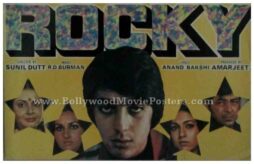 Old Bollywood pressbook of the Hindi film Dhanwan (1981) for sale.

This is an actual surviving rare Bollywood old pressbook of the 1981 film that starred the original superstar of Indian cinema, Rajesh Khanna in the lead role.

Printed and circulated during the original first release of Dhanwan in 1981, this rare Bollywood old pressbook was distributed to cinema audiences outside movie halls that actually screened the film.