View cart “Amaanat” has been added to your cart.
Checkout View Cart 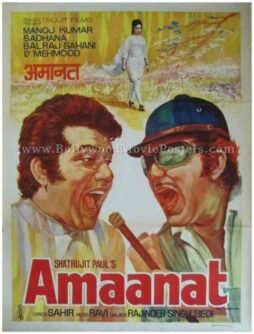 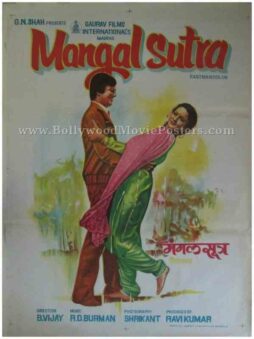 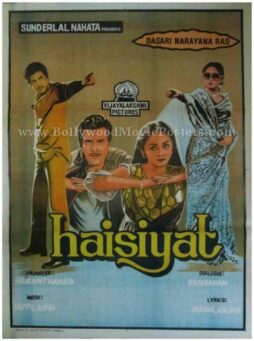 This is an actual surviving vintage Indian poster for sale of the 1977 Hindi film that starred Manoj Kumar, Sadhna, Balraj Sahni and Mehmood in prominent roles.

Printed and circulated during the original first release run of the film (somewhere in the mid 1970s), this vintage Indian poster for sale was designed for publicity of the film but never ended up being used.

C. Mohan’s mastery over the paint brush and flair for realism is evident in this old Indian movie poster for sale. Fabulous hand painted portraits of actors Manoj Kumar and Mehmood screaming are seen prominently in this old Indian film poster. Actress Sadhna is seen on the top against a beautiful yellow background. The title of the film appears in red at the bottom of this vintage Indian poster for sale.