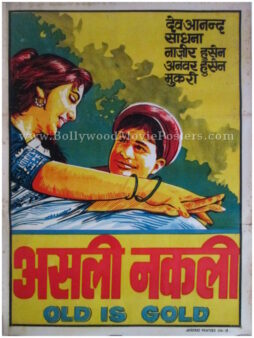 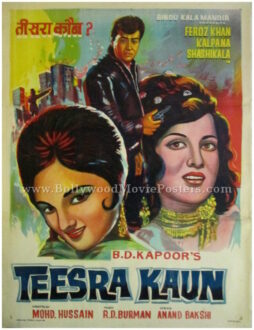 Printed and circulated several years after the first release of the film (somewhere in the 1980s), this old school Bollywood poster was originally designed for publicity of the film but never ended up being used.

Dev Anand is seen prominently in the poster wearing his trademark cap in a very quirky hand drawn avatar. Sadhana appears alongside in an equally quirky hand drawn portrait. This old school Bollywood poster features a slogan at the bottom that reads, “Old is Gold” to capitalize on screening the black and white film in an era of color films. The use of bright yellow and red colors gives this old school Bollywood poster a stunning visual appearance.