View cart “Doosra Aadmi” has been added to your cart.
Checkout View Cart 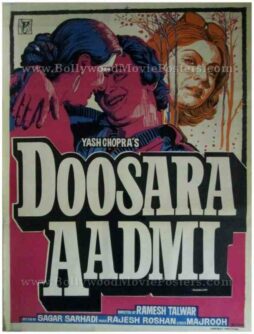 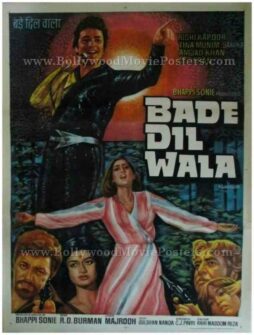 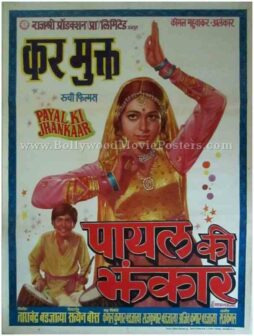 This is an actual surviving hand drawn Bollywood poster for sale of the 1977 Hindi film that was produced by the King of Bollywood Romance, Yash Chopra.

Printed and circulated a few years after the first release of the film (late 1970s), this hand painted Hindi movie poster for sale was originally designed for publicity of the film but never ended up being used.

This retro Bollywood poster is a classic and rare example of Bollywood pop art design. Lead couple Rishi Kapoor and Neetu Singh are painted in a romantic shade of pink. Actress Raakhee is seen hand drawn in a different shade in the background, suggesting the love triangle plot of the film.