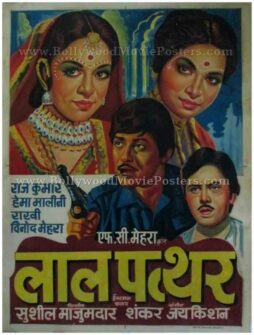 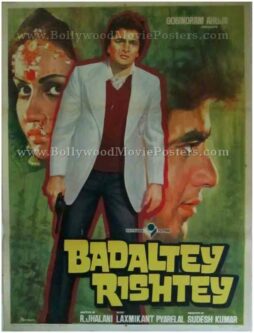 This is an actual surviving vintage Bollywood poster of the 1986 Hindi film that featured Anuradha, Poornima Jayaram and Madhavi in prominent roles.

Printed and circulated during the original first release of the film in the mid 1980s, this vintage Bollywood poster for sale was printed for publicity of the film but never ended up being used.

This old Bollywood movie poster was originally hand designed by arranging still photographs from key scenes in the film on a canvas board to create an interesting collage. The pictures of the stars are seen over painted with oil paints using bright colors to highlight the faces in this vintage Bollywood poster.