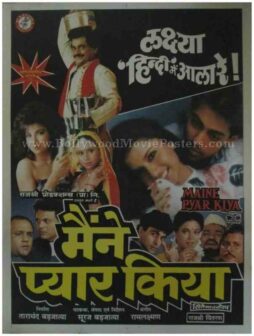 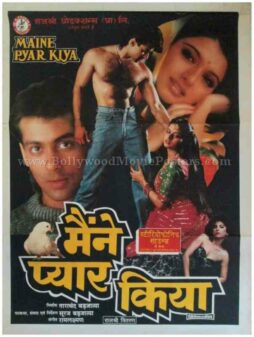 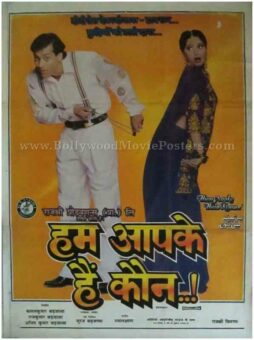 This is an actual surviving original Bollywood movie poster of the 1989 film that starred superstar Salman Khan in the lead role, opposite actress Bhagyashree.