View cart “Mera Rakshak” has been added to your cart.
Checkout View Cart 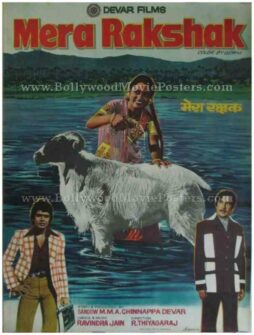 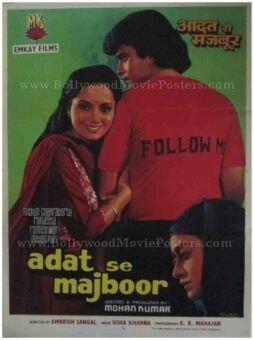 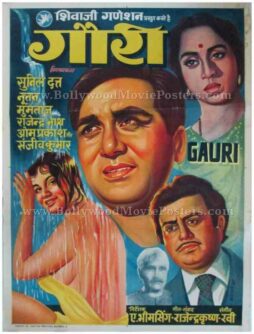 This is an actual surviving old Bollywood poster for sale of the 1978 Hindi film that starred Mithun Chakraborty and Rameshwari in lead roles.

Printed and circulated during the original first release of the film (somewhere in the late 1970s), this Mithun Chakraborty movie poster was designed for publicity of the film but never ended up being used.

This Mithun movie poster was originally designed on a canvas board using a collage of still photographs pasted against a hand painted background.

Mera Rakshak was an offbeat film that featured a ram that plays the bodyguard of the lead actress Rameshwari!

This old Bollywood poster for sale is set against a picturesque background, with the typography appearing in red.