View cart “Nai Roshni” has been added to your cart.
Checkout View Cart 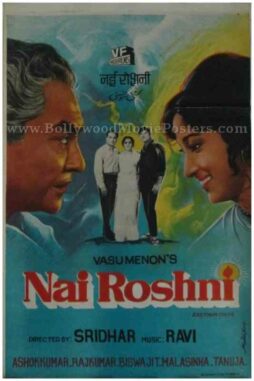 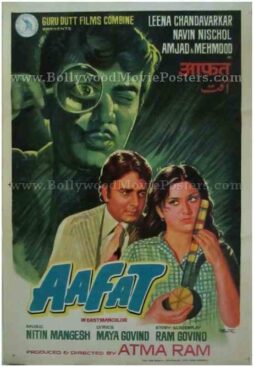 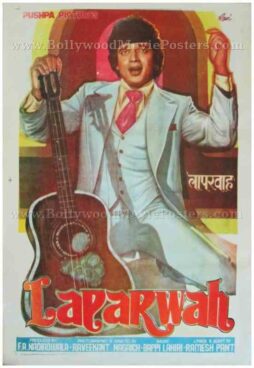 This is an actual surviving vintage Bollywood poster of the 1967 Hindi film that starred Ashok Kumar, Mala Sinha and Raaj Kumar in lead roles.

Printed and circulated during the first release run of the film (late 1960s), this old Bollywood poster was designed and printed for publicity of the movie but never ended up being used.

This vintage Indian film poster for sale was originally designed in hand painted oil on canvas format. Large hand painted side profiles of Ashok Kumar and Mala Sinha are seen prominently on either side of this vintage Bollywood poster. The background is painted using a gradient of blue, yellow and green. Actor Raaj Kumar is seen in a black and white photographic still pasted on the center of this old Bollywood poster for sale.