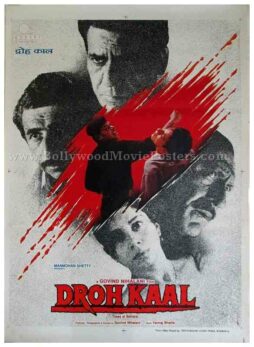 This is an actual surviving vintage publicity poster of the 1969 Hindi film that featured Pran, Balraj Sahni and Johnny Walker.

Printed and circulated a few years after the first release of the film (somewhere in the early 1970s), this old Bollywood poster was printed for publicity of the film but never ended up being used.

This very rare vintage Bollywood poster features stunning hand drawn artwork. The little angel or small wonder, Baby Rani is seen in the center with faces of the supporting actors drawn all around. Typography used in the poster is primarily in Devanagari Hindi, with a translation of the title in English on the top.