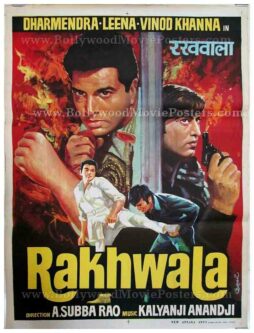 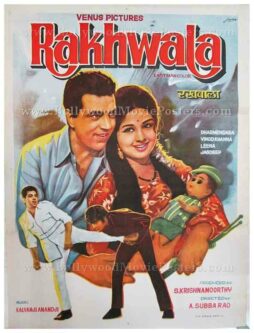 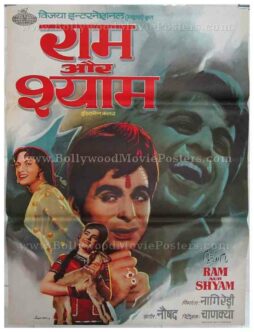 This is an actual surviving poster of the 1971 film that featured Dharmendra, considered to be the most handsome actor in Indian cinema at the time. Printed and circulated somewhere during the release of the film, this hand painted old Bollywood poster was originally designed for publicity of the film but never ended up being used.

This original vintage hand drawn cinema poster features Dharmendra and Vinod Khanna in action. Hand painted portraits of the lead actors are shown side by side – Dharmendra ready to fight with his bare hands and Vinod Khanna holding a pistol. On the bottom half of the poster, Dharmendra is shown delivering a karate kick. The film has a fiery flames background, giving it a true action feel.