View cart “The Great Gambler” has been added to your cart.
Checkout View Cart 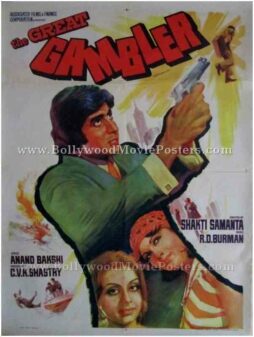 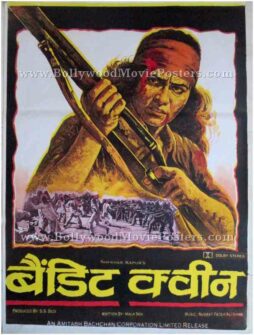 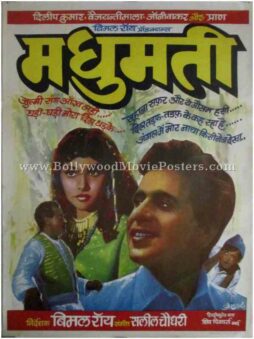 Vintage Bollywood poster of the hit Hindi film, The Great Gambler (1979) for sale.

This is an actual surviving old Bollywood poster for sale of the 1979 thriller that featured the greatest superstar of Indian cinema, Amitabh Bachchan in the lead role.

Printed and circulated during the first release of the film (somewhere in the late 1970s), this old Amitabh movie poster was originally designed for publicity of the film but never ended up being used.

This Amitabh Bachchan poster features stunning hand painted artwork. A fabulous portrait of the superstar aiming a pistol is seen prominently at the center. Smaller faces of Zeenat Aman and Neetu Singh appear painted inside his blazer. Interesting typography is seen in the hand painted title of this of this old Amitabh movie poster. The background displays a couple of key action scenes in broad artistic brush strokes.

The song “Do Lafzon Ki Hai Dil Ki Kahaani” shot on a moving Gondola in Venice's Grand Canal was a stellar success and is played till today.