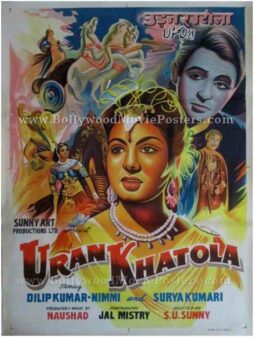 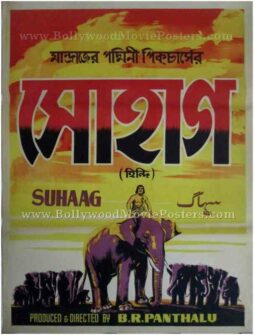 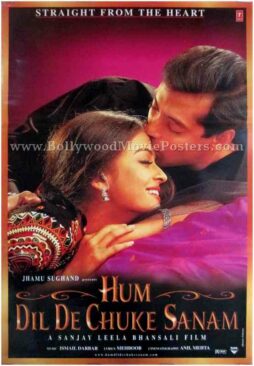 This is an actual surviving vintage Bollywood film poster of the 1955 classic produced by music director Naushad, which starred the ultimate method actor of Bollywood, Dilip Kumar in the lead role.

Printed and circulated somewhere in the late 1950s, this vintage Bollywood film poster was originally designed for publicity of the film but never ended up being used.