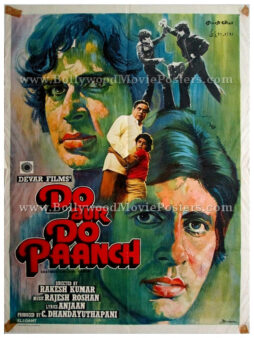 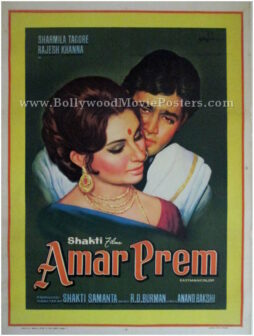 This is an actual surviving vintage Bollywood poster of the 1963 Hindi film that featured Sunil Dutt and Leela Naidu in lead roles.

Printed and circulated during the first release run of the film (early 1960s), this old Bollywood poster was originally designed for publicity of the film but never ended up being used.

This old Bollywood poster was originally hand painted on canvas by a leading poster design studio in Bombay. A stunning painting of the lead couple locked in a passionate embrace is seen set against a red background in this poster.

The plot of Yeh Rastey Hain Pyaar Ke was based on the sensational K.J. Nanavati adultery and murder case. The shocking twists and turns of the real life story and court case that ensued inspired three films on the subject. Yeh Rastey Hain Pyaar Ke was the first film to turn the story from real to reel life. The other two films were Achanak (1973) and the Akshay Kumar starrer, Rustom (2016).