View cart “Zimbo” has been added to your cart.
Checkout View Cart 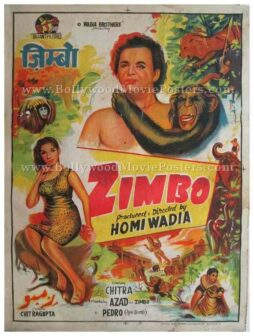 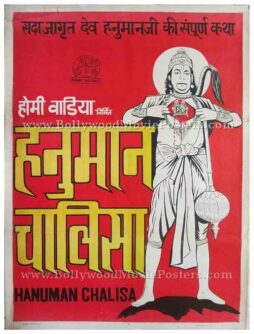 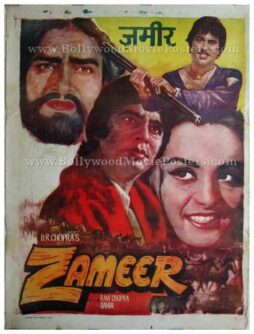 This is an actual surviving first release original Bollywood movie poster of the 1958 Bollywood film that was styled along the lines of Tarzan of the Apes. Homi Wadia modeled his character Zimbo along the lines of the popular icon Tarzan, adding an “Indianized taste” to the adventure film.

Printed and circulated during the original first release run of the film in the 1950s, this rare hand painted Bollywood poster was designed and printed for publicity of the film but never ended up being used.

This poster has been graded as ★ AI (As Is) due to small missing pieces as well as visible water stains seen clearly in the photograph. Please study the accompanying image carefully before making a purchase.