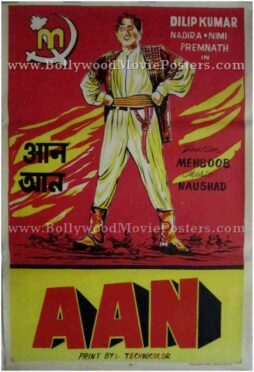 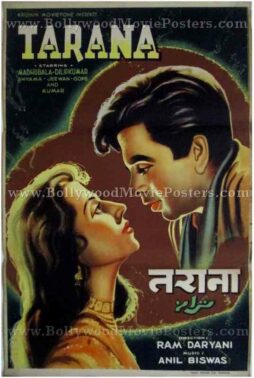 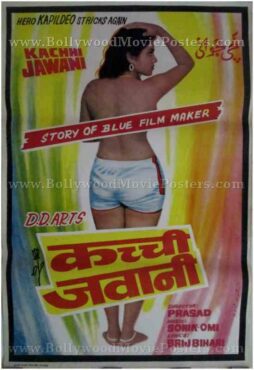 Printed and circulated a few years after the original first release of the film (somewhere in the late 1950s), this vintage Bollywood poster was printed for publicity of the film but never ended up being used.

This vintage Bollywood poster was originally designed in hand painted oil on canvas format by a small time art studio in Delhi, making it highly collectible. The poster features a quirky portrait of Dilip Kumar standing in a heroic avatar. The background has been painted using a combination of red and yellow, giving it a stunning appearance. Title of the film is seen in red, prominently set against a yellow background.

A large hand drawn Mehboob Productions logo, comprising a communist hammer and sickle, is seen in white and yellow on the top left.