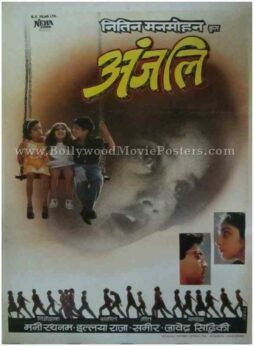 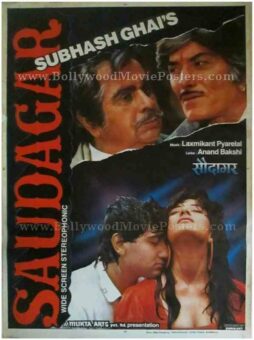 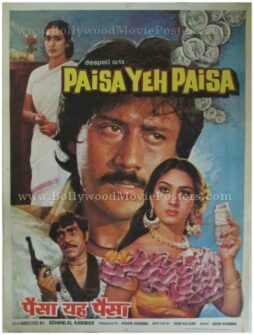 The background score and soundtrack of the film was composed by the greatest music composer of South Indian cinema, Ilaiyaraaja.

Anjali was based on the tragic story of a dying mentally disabled child and the emotional trauma experienced by her family. The film was dubbed into Hindi as well as Telugu and released under the same name.

Printed and circulated during the original first release of the film in Hindi (somewhere in the early 1990s), this old Tamil movie poster for sale was originally designed for publicity of the film but never ended up being used.

Baby Shamili, who plays the lead character of Anjali is seen in a large photographic still prominently in the center. The still is overlapped by a photograph of three children on a swing. Her parents in the film, played by Raghuvaran and Revathi are seen in smaller sized stills on the bottom.