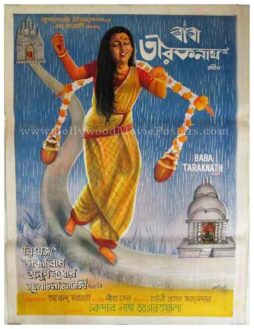 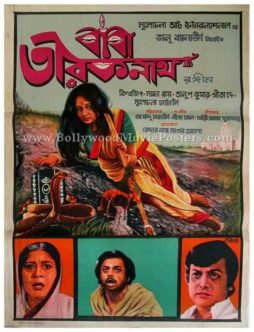 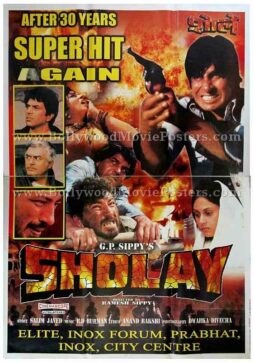 This is an actual surviving old publicity film poster of the 1977 old Bengali movie directed by Ardhendu Chatterjee.

Printed and circulated during the first release of the film (somewhere in the late 1970s), this old Bengali poster was printed for publicity but never ended up being used.

This old Bengali film poster was originally hand painted using oil paints on canvas, making it highly collectible.. The design of this hand painted Bengali poster captures the lead actress in a stunning portrait as she makes her journey towards a temple. Another temple is seen in the background, signifying the religious undertone of this old Bengali film.

The typography used on the top is simply stunning. A face can be seen masked within the letters, giving it a very artistic look.