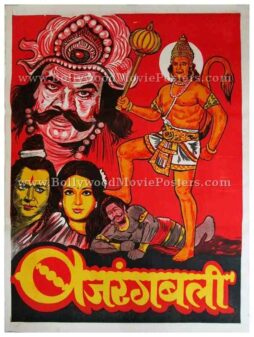 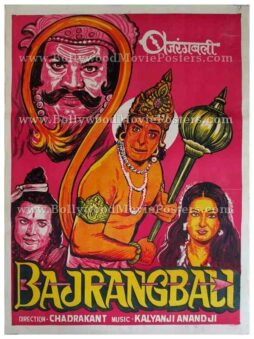 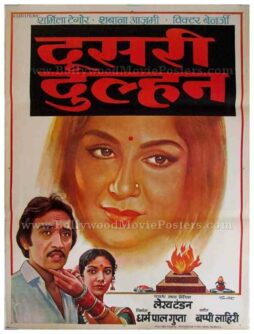 This is an actual surviving vintage Bollywood poster of the 1976 Hindi film that featured award winning wrestler turned Bollywood actor, Dara Singh in the lead role as Hanuman.

This poster was originally designed on a hand drawn canvas using exceptionally bright and eye-catching colors, making it highly collectible.

Wrestler turned Hindi film actor Dara Singh playing the role of Hanuman, is depicted in a portrait on the right hand side of the poster. Hanuman appears standing victorious over his evil opponent, whose head is seen under Hanuman’s foot. Raavan’s evil face is seen in a large portrait in the background on the left. Ram and Sita are depicted together on the bottom left of this Hindu mythology poster.