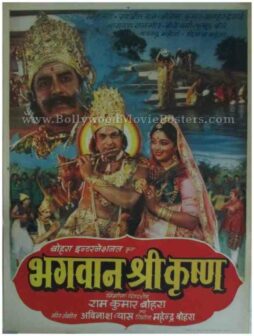 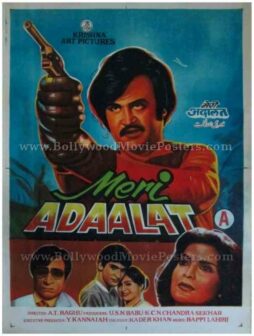 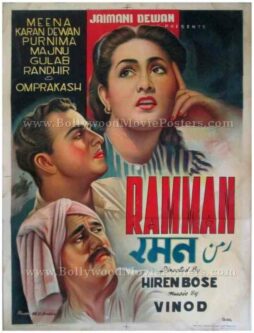 This is an actual surviving vintage Indian mythology movie poster of the 1985 Hindi film that featured actor Ranjeet Raj as Bhagwan Shri Krishna.

Printed and circulated during the first release of the film (somewhere in the mid 1980s), this Hindu mythology poster was printed for publicity of the film but never ended up being used.

The entire star cast of the film is credited on the top in Devanagari Hindi script.