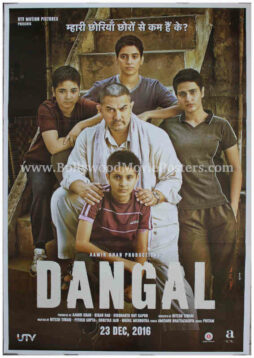 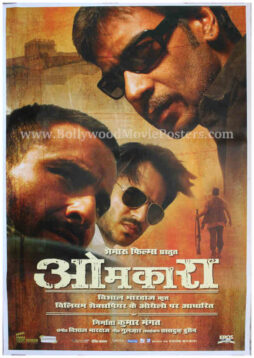 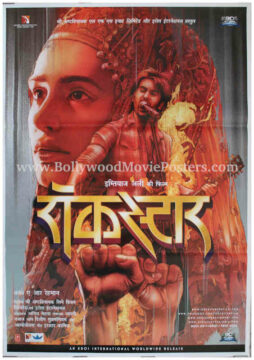 Based on the real life inspirational story of the Phogat family, Aamir Khan starred in the film as Mahavir Singh Phogat, a wrestler who trained his daughters Geeta Phogat and Babita Kumari to become India’s first world-class female wrestlers.

Printed and circulated prior to the original first release of the film in 2016, this poster of Dangal movie was printed for publicity of the film but never ended up being used.

Superstar Aamir Khan is seen in his character dressed as a Haryanvi Jat, posing with his two daughters who appear in both their younger as well as older avatars in this poster of Dangal film. The title of the film appears in a solid white font at the bottom of this Aamir Khan Dangal poster.

Dangal championed the cause of “Beti Bachao, Beti Padhao” – a social campaign run by the Government of India to reduce selective abortion of girls and to educate them. The strong girl child empowerment theme of the film is announced with a dialogue printed on the top of this Dangal poster in Hindi that reads, “Are my girls less than boys?”