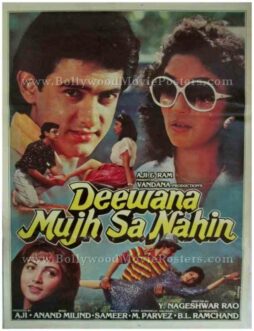 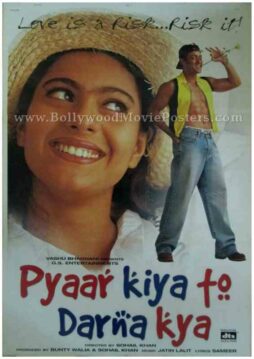 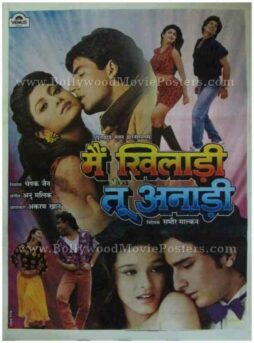 This is an actual surviving original Bollywood poster of the 1990 romance that featured one of the most influential actors in modern Indian cinema, Aamir Khan in the lead role opposite Madhuri Dixit.

Printed and circulated during the original first release of the film (late 1980s), this Aamir Khan poster was originally designed for publicity of the film but never ended up being used.

This Aamir Khan poster has been designed by the greatest calendar artist in India, JP Singhal and bears his printed signature in the name of his studio “Singhals” on the bottom right hand corner.

This Bollywood poster for sale is an excellent showcase of noted calendar artist JP Singhal’s collage skills. Stunning large close ups of Madhuri Dixit wearing retro sunglasses and Aamir Khan appear on the top. Photographic stills from various songs in the film are seen below.

The title song of the film, “O Jaane Jaana – Deewana Mujh Sa Nahin” became an instant hit and is fondly remembered and played till today.