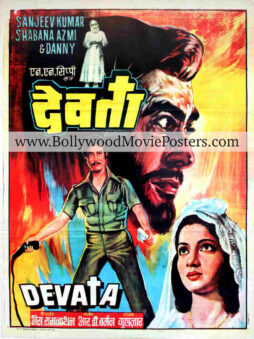 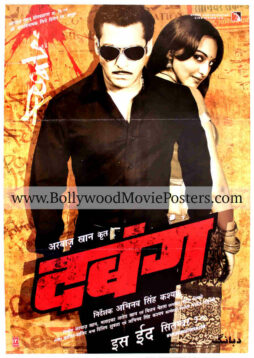 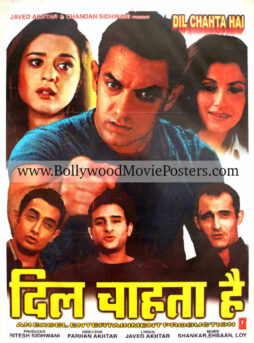 Printed and circulated during the release of the film in theaters (somewhere in the late 1970s / early 1980s), this old Hindi movie posters Delhi print was originally designed for publicity of the film but never ended up being used.

This Devata poster was originally hand painted on canvas by a poster design studio in Delhi. Mixed techniques have been used in the design of this Bollywood poster. A large hand painted side profile portrait of Sanjeev Kumar is seen prominently in this old Hindi movie posters Delhi print. Danny is seen in a smaller hand painted avatar at the bottom holding a whip in his hand. Shabana Azmi is seen wearing a wedding gown on the bottom right of this old Hindi movie poster. Shriram Lagoo is seen in his character of a Catholic priest in a small black and white photographic still on the top left.

The poster is set against a beautiful hand painted background that features broad brushstrokes in a mix of red, yellow, orange and blue. Typography used in this Devata movie poster is in both English as well as Devanagari Hindi script.

Directed by S. Ramanathan, Devata was a remake of the Tamil film Gnana Oli, which starred Sivaji Ganesan in the lead role. The music of the film was composed by R. D. Burman and lyrics were written by Gulzar. All three are duly credited at the bottom of this old Hindi movie poster.