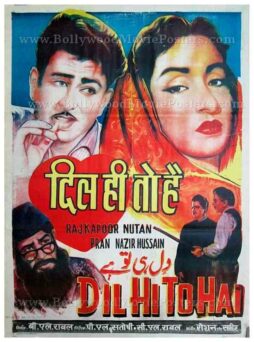 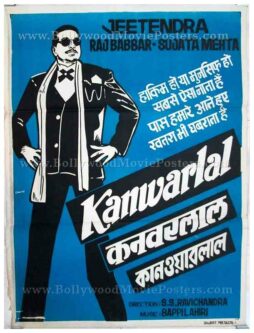 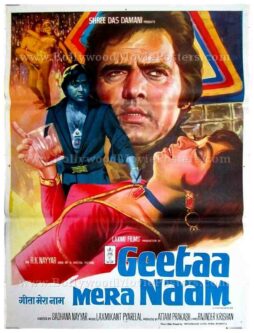 This is an actual surviving vintage poster of the film Dil Hi To Hai, which featured the greatest entertainer of all time in Bollywood, Raj Kapoor (also known as The Show Man of Indian cinema) in the lead role opposite Nutan.

The film is widely remembered for its blockbuster song “Laga Chunari Mein Daag,” which is played till today.

Printed and circulated a few years after the first release of the film, this quirky hand drawn old Bollywood movie poster was originally designed for publicity of the re-release of the film but never ended up being used.

This poster was originally designed on a hand drawn canvas by a small time poster art studio in Delhi, making it very collectable. A large hand painted portrait of Raj Kapoor smoking a cigarette is seen on the top of the poster, with a demure looking Nutan on the opposite side. The title of the film is seen intertwined with a red heart (Dil translated to English means heart). Typography in English, Devanagari Hindi as well as Urdu is seen used on the poster.

Dil Hi To Hai is a 1963 Hindi film starring Raj Kapoor and Nutan in lead roles. The Bollywood movie is based on the story of an impoverished widowed Hindu nanny who raises an abused and abandoned Muslim child.