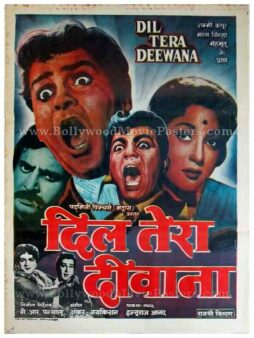 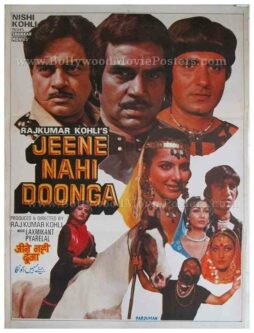 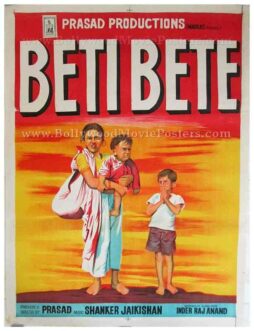 This is an actual surviving vintage movie poster of the 1962 classic comedy, which featured the Elvis Presley of Indian cinema, Shammi Kapoor in the lead role opposite Mala Sinha.

Printed and circulated a few years after the release of the film (somewhere in the 1970s), this old Bollywood poster was designed for publicity of the film but never ended up being used.

This beautiful old hand drawn Bollywood poster features stunning and dramatic portraits of the lead actors, in line with the comic genre of the film. A black and white still photograph from the film is seen pasted at the bottom left of the poster.