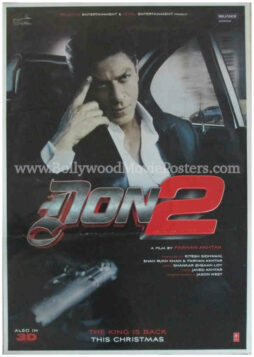 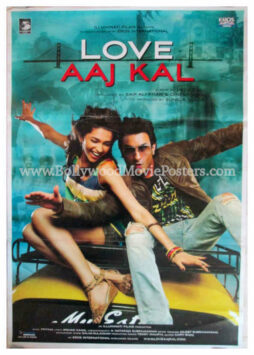 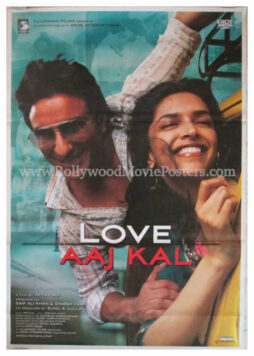 Featured here is an original Bollywood movie poster of the hit Hindi action film, Don 2: The King Is Back (2011) for sale.

Printed and circulated during the first release of the film in 2011, this glossy Don 2 movie poster was originally designed for publicity of the film but never ended up being used.

A stunning photograph of superstar Shah Rukh Khan pointing a finger to his forehead is seen prominently in this Don 2 poster. He appears dressed in a suit. Typography used in this Bollywood poster is completely in English. The title of the film is seen in a strikingly unique, curvy font style at the bottom of this Shahrukh Khan poster.

Don 2 was also released in 3D. The film announces the same at the bottom left of this Shahrukh Khan movie poster along with a line on the center that reads “The King Is Back This Christmas.”

The soundtrack album of the film was composed by Shankar Ehsaan & Loy and lyrics were written by Javed Akhtar.