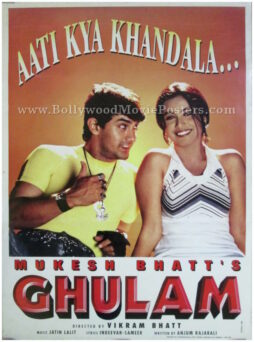 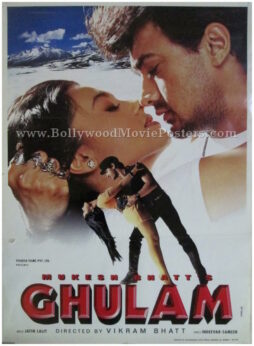 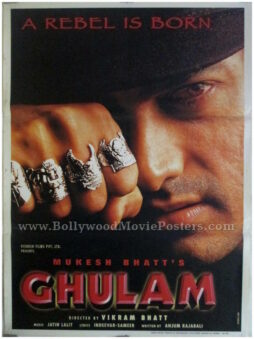 This is an actual surviving Aamir Khan poster of the 1998 drama directed by Vikram Bhatt that starred the actor in the lead role opposite Rani Mukerji. Deepak Tijori played a supporting role in the film.

Songs from the film, most notably “Aati Kya Khandala” sung by Aamir Khan and Alka Yagnik became a rage throughout the nation and are played till today, making this Aamir Khan poster highly collectible!

Printed and circulated during the original first release of the film (late 1990s), this Aati Kya Khandala poster was printed for publicity of the movie but never ended up being used.