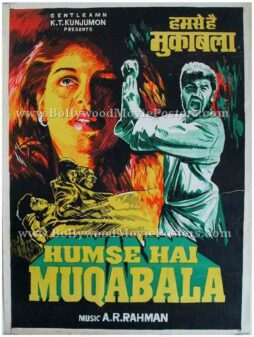 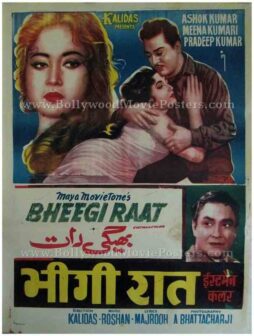 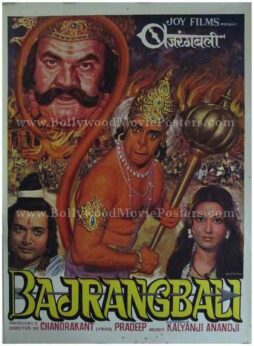 This is an actual surviving classic hand drawn movie poster of the 1994 Hindi film that starred India’s best dancer Prabhu Deva in the lead role opposite south superstar Nagma. The film featured an award winning soundtrack composed by A. R. Rahman.

This hand drawn Bollywood poster was originally created on canvas by a small time art studio in Kolkata, giving it a very quirky appearance. The lead couple Nagma and Prabhu Deva are seen in quirky hand drawn avatars in this classic hand drawn movie poster.