View cart “Karma” has been added to your cart.
Checkout View Cart 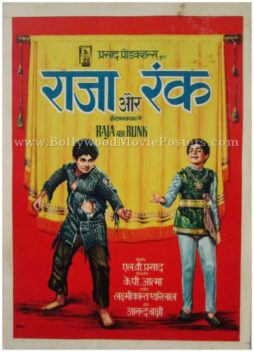 Bollywood poster of the blockbuster Hindi film Karma (1986) for sale.

Karma was the first film that paired Dilip Kumar and Nutan together.

This old Dilip Kumar movie poster features an interesting photographic collage of the leading characters of the film. The premise of the film is captured with a line on the top that reads, “A Battle For Peace.” Anil Kapoor, Jackie Shroff and Naseeruddin Shah are seen holding guns on the top of the poster. A large photographic close up of the ultimate method actor of Bollywood, Dilip Kumar is seen on the bottom left. Anupam Kher who plays the unforgettable villain, “Dr. Dang” in the film is seen on the opposing side of this Karma movie poster. Smaller stills of Poonam Dhillon, Nutan and Sridevi are seen at the bottom.

Songs from the film such as “Aye Watan Tere Liye” and “Aye Sanam Tere Liye” have become unforgettable classics.