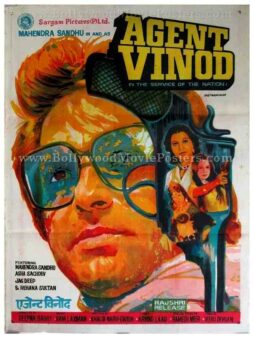 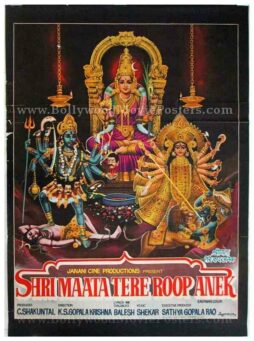 This is an actual surviving publicity poster of the 1970 hit Hindi film, which featured Sanjeev Kumar, Mumtaz, Shatrughan Sinha & Jeetendra.

Khilona received several award nominations and bagged a couple of awards, including the best movie of the year, making this old Bollywood movie poster highly collectible!

The poster features a beautiful cut out still photograph of actress Mumtaz in the center, flanked by large over-painted faces of actors Jeetendra and Sanjeev Kumar. A still photograph of Shatrughan Sinha is seen pasted on the lower left of this vintage Bollywood movie poster.

Khilona (Toy) is a 1970 Bollywood film starring Sanjeev Kumar and Mumtaz in lead roles. The film was declared a hit at the box office and received several award nominations, eventually bagging the best movie award for the year it was released in.