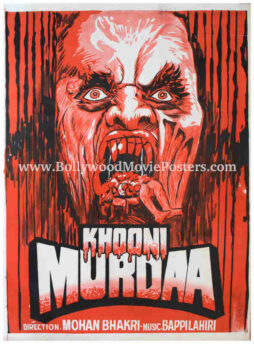 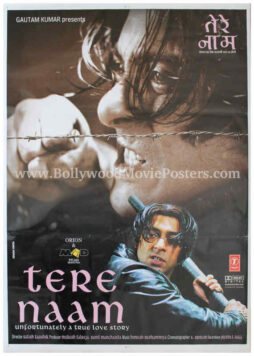 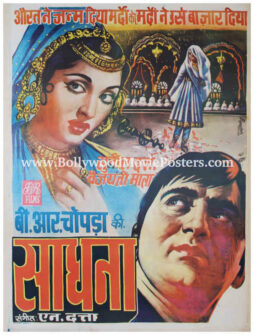 Printed and circulated during a rerun of the film (somewhere in the 1990s), this Hindi horror film poster was designed for publicity of the film but never ended up being used.

Spectacular artwork is seen in this stunning Hindi horror film poster. This poster was oriignally designed in hand painted format by an Indian horror movies poster design studio in Kolkata. The face of a ghoulish corpse is seen in a large hand painted rendition in blood red. He is seen devouring a woman in his mouth in this old Bollywood horror poster.

Terrifying eyes and dripping blood from Dracula like fangs add to the frightening mood of this Indian horror movie poster. A stunning bright mix of red, pink, black and white hues is seen in the background. The typography used in this Bollywood horror movies poster is completely in English.

Khooni Murda (1989) ran into trouble with the censor board due to nude scenes of lead actress Shagufta Ali. This old Bollywood horror movie was eventually released with an Adult (A) certificate.