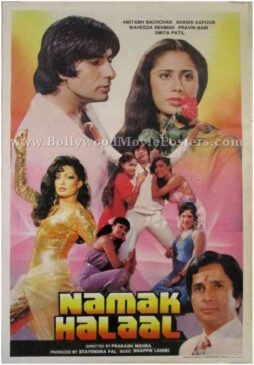 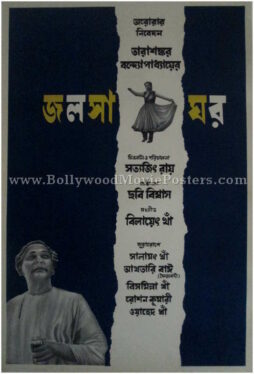 Extremely rare vintage Satyajit Ray movie poster of one of the finest films ever made in Bengali cinema, Nayak (1966) for sale.

Written and directed by master filmmaker Satyajit Ray, Nayak is a Bengali drama that starred Uttam Kumar and Sharmila Tagore in lead roles.

The story of Nayak revolves around a successful film actor who is traveling on an overnight train to receive a national award. During the journey, he ends up revealing his failures, insecurities and regrets to a young journalist who realizes that hidden behind all the glamor and stardom is a broken man. Nayak won a Golden Bear nomination for Best Film at the Berlin International Film Festival in 1966.