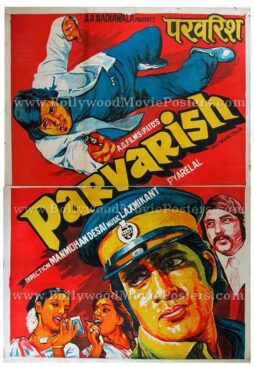 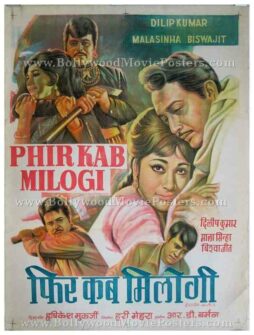 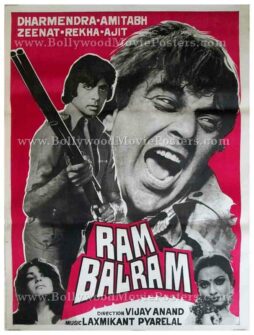 This poster was originally designed in hand painted format using oil paints on canvas by a small time art studio, giving it a very quirky hand drawn appearance. This eccentric, old hand painted Bollywood poster captures the original angry young man of Bollywood, Amitabh Bachchan, in a striking pose wearing a police uniform. A portrait of Vinod Khanna is seen in an action pose on the top. The film’s title, Parvarish, appears in yellow in stunning typography in this old Amitabh movie poster.