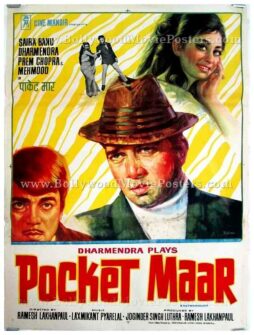 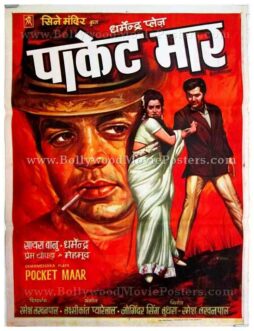 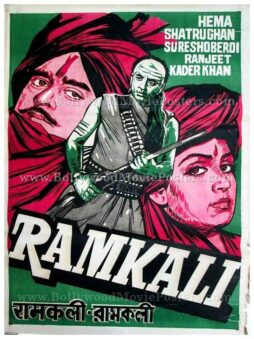 The poster features three stunning hand drawn portraits of Dharmendra (wearing a hat), Saira Banu and Mehmood respectively. Set against a vintage striped background, the poster uses an interesting mix of design techniques by featuring a small cut out from a black and white photo still on the top.