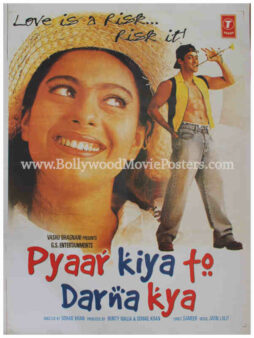 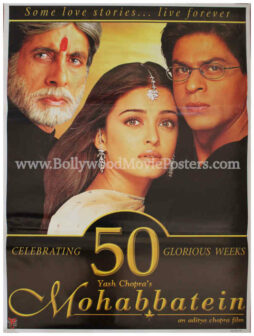 This is an actual surviving Pyar Kiya to Darna Kya poster of the Hindi movie released in the year 1998 that featured the “Box Office King” of Bollywood, superstar Salman Khan in the lead role opposite actress Kajol.

A song from the film, “O O Jaane Jana,” featuring a shirtless Salman Khan wearing only his denims, became a rage throughout the nation.

The massive success of the song and the film catapulted Salman Khan to super stardom, turning him into the heartthrob of the nation. The film was an important milestone in the star’s career, making this Salman Khan poster highly collectible!

Printed and circulated during the initial release of the film (somewhere in the late 1990s), this Salman Khan movie poster for sale was originally designed for publicity of the film but never ended up being used.