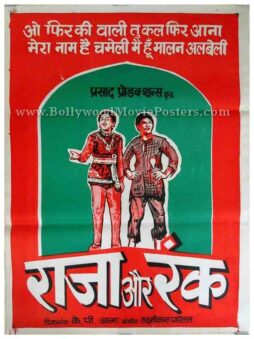 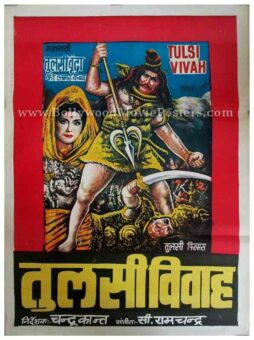 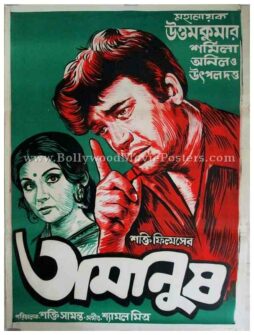 This is an actual surviving vintage publicity poster of the 1968 film that featured Sanjeev Kumar and Kumkum in lead roles.

Raja Aur Runk featured the hit Mohammed Rafi song, “O Phirki Wali,” which is fondly remembered till today. This hand drawn old Bollywood poster capitalizes on the success of the song by announcing its lyrics on the top.

This poster was originally designed in hand painted oil on canvas format by a small time art studio in Kolkata, making it highly collectible. The design of this hand drawn Bollywood poster captures the stark contrast between rich and poor by featuring the prince and the pauper alongside in their element.