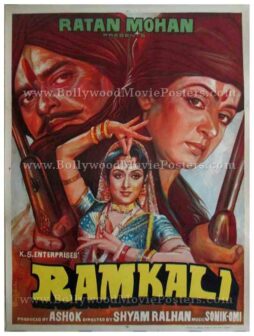 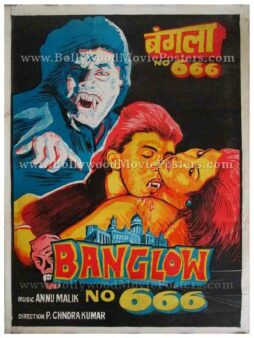 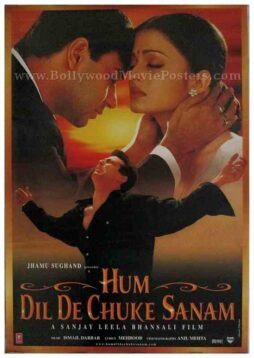 This is an actual surviving hand painted Bollywood poster of the classic bandit movie Ramkali that featured the dream girl of Indian cinema, Hema Malini in a bandit avatar.

Printed and circulated during the original first release of the film (mid 1980s), this hand painted Bollywood movie poster was originally designed for publicity of the film but never ended up being used.