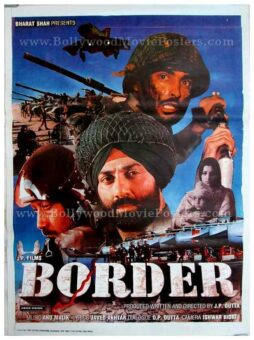 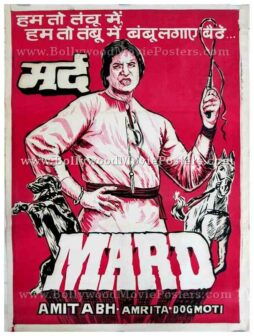 This is an actual surviving classic poster of the 1995 love triangle starring Aamir Khan, Jackie Shroff and Urmila Matondkar.

This poster features the three lead actors, along with a small mugshot of AR Rahman encircled with the text, “AR Rahman’s first original Hindi music”. The typography used in this poster is entirely in English.

Rangeela (Colorful) is a 1995 blockbuster Hindi film starring Aamir Khan, Jackie Shroff and Urmila Matondkar. Centered around a love triangle directed by Ram Gopal Varma, the film was AR Rahman’s first Hindi film in which he composed an original score. He would later go on to win several awards for his music and gain a cult following in Bollywood.