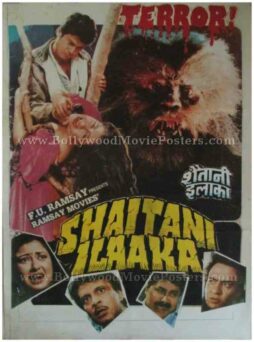 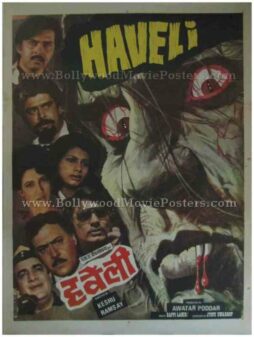 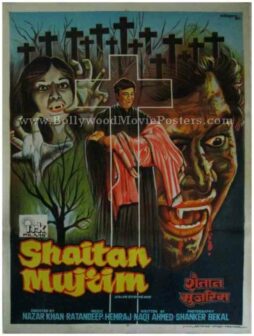 Kiran Ramsay is a part of the Ramsay Brothers group (who are considered as the kings of Bollywood horror).

Printed and circulated during the initial release run of the film (somewhere in the early 1990s), this Hindi horror movies poster was designed for publicity of the film but never ended up being used.

The title of the film appears in radiant yellow on the bottom of this Hindi horror movie poster for sale. The word “Terror!” is seen in blood dripping red on the top of the poster.