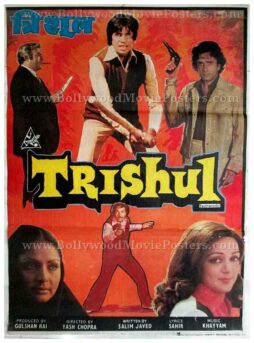 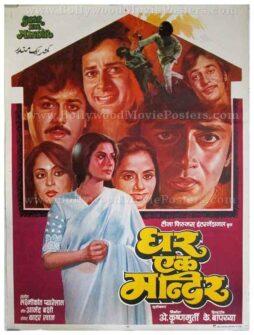 This is an actual vintage publicity poster of the 1972 adult Bollywood movie directed by Conrad Rooks.

Printed and circulated a few years after the first release of the film (somewhere in the mid 1970s), this black and white Hindi movie poster was originally designed for publicity of the film but never ended up being used.

Siddhartha caused a sensation for a controversial nude scene featuring lead actress Simi Garewal. The film was released at a time when the censor board in India did not even permit kissing scenes in films, let alone nudity.

Siddhartha (1972) is an adult Bollywood movie based on the novel of the same name by Hermann Hesse. The film starred Shashi Kapoor & Simi Garewal and was directed by Conrad Rooks.

The film premiered in the US in the 1970s. In 1996 it was restored and re-released and was appreciated by both Indian as well as western audiences.