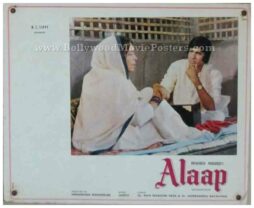 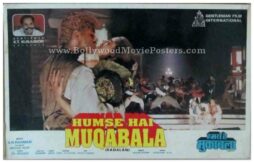 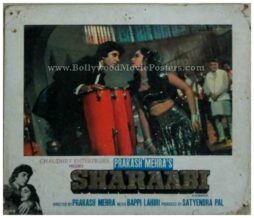 This is an actual surviving vintage Bollywood lobby cards set of the 1977 Hrishikesh Mukherjee film that featured the greatest superstar of Indian cinema, Amitabh Bachchan in the lead role.

Printed and circulated during the first release of the film (late 1970s), this set of original Bollywood movie stills was designed and printed for publicity of the film inside a cinema hall.

This is a rare surviving set of Amitabh Bachchan movie stills that was actually issued to a cinema hall that screened the film Alaap, making it highly collectible!

This beautiful collection of three different Amitabh Bachchan stills have been taken from key scenes and songs in the film.