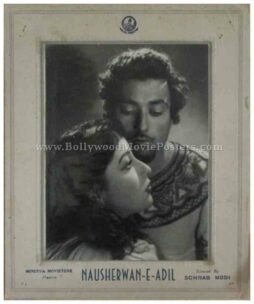 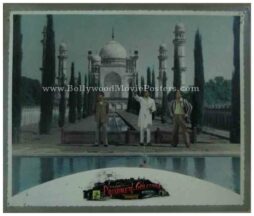 This is an actual surviving old Bollywood lobby card of the 1949 Hindi film that was produced by Ratan Pictures, starring actress Suraiya in the lead role.

Printed and circulated during the original first release of the film (late 1940s), this old Bollywood picture was printed for publicity of the film inside a cinema hall. The corners of the lobby card display visible pin hole markings – tell tale signs of being pinned on the notice board of a movie theater.