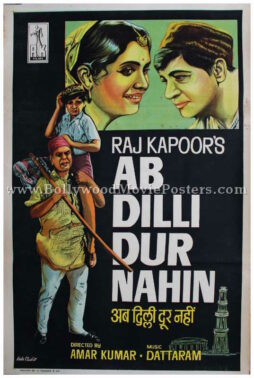 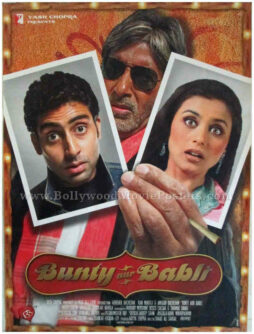 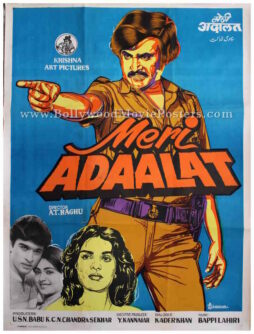 This is an original Bollywood poster of the 1957 film produced by the “Showman of Indian cinema” Raj Kapoor, starring Motilal, Jagdeep, Nand Kishore, Yakub, Anwar Hussain and Amjad Khan.

Amjad Khan (Gabbar Singh of Sholay fame) made his debut at the age of 17 in the film Ab Dilli Dur Nahin.

Printed and circulated during the first release run of the film (late 1950s), this rare Raj Kapoor movie poster was originally designed for publicity of the movie but never ended up being used.

This hand painted Bollywood poster features hand drawn portraits of the actors set against prominent landmarks of Delhi sketched at the bottom.