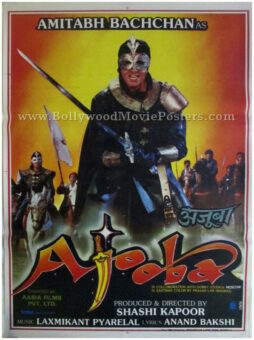 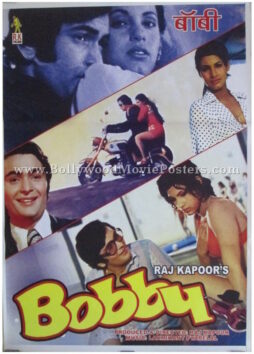 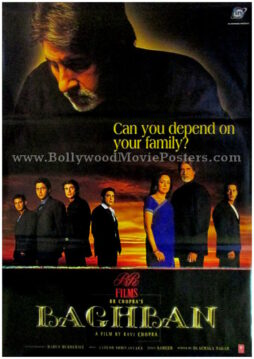 Printed and circulated during the original first release of the film (somewhere in the early 1990s), this old Amitabh movie poster was designed for publicity of the film but never ended up being used.

This Amitabh Bachchan poster features a stunning photographic collage and was designed originally on a board by Bollywood poster artist Ravi.

The superstar is seen prominently at the center of this Amitabh Bachchan poster in a superhero gladiator avatar wearing a cape and his trademark bandit mask. The title Ajooba appears at the bottom in interesting typography. A fiery background gives this old Amitabh movie poster a stunning appearance.