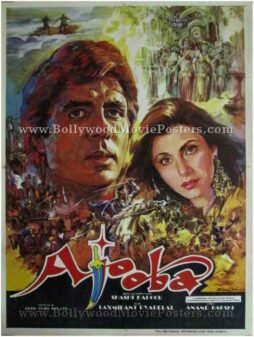 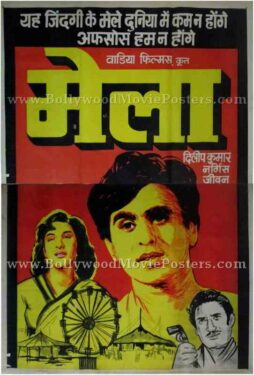 Printed and circulated during the first release of the film (somewhere in the early 1990s), this old Amitabh movie poster was originally designed for publicity of the film but never ended up being used.

A fabulous portrait of superstar Amitabh Bachchan is seen painted prominently in the center with a beautiful rendition of actress Dimple Kapadia alongside. A key action scene from the film is seen in broad artistic brush strokes below. This vintage Bollywood poster features exemplary brushwork – typical of the style used by master Bollywood poster designer, Prithvi Soni. The title Ajooba appears at the bottom in interesting typography.