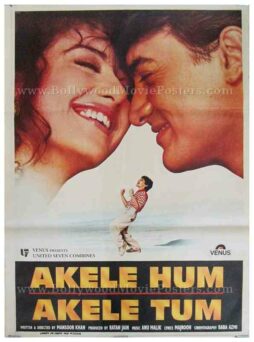 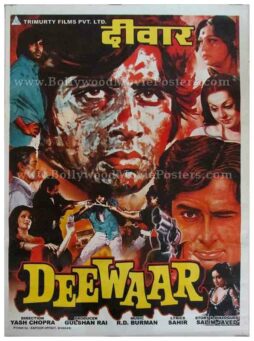 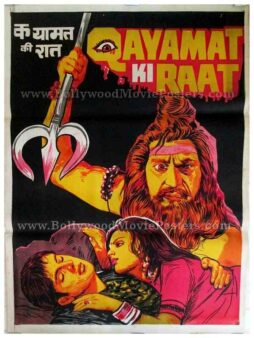 This is an actual surviving original Bollywood poster of the 1995 romance that featured one of the most influential actors in modern Indian cinema, Aamir Khan in the lead role.

Printed and circulated a few months after the first release of the film (mid 1990s), this Aamir Khan poster was originally designed for publicity of the film but never ended up being used.

Akele Hum Akele Tum is a 1995 Bollywood romance that starred Aamir Khan and Manisha Koirala in lead roles. The film is believed to be modeled on the award winning Hollywood film Kramer vs Kramer. Music for the film was composed by Anu Malik and the song “Raja Ko Rani Se Pyar Ho Gaya” sung by Kumar Sanu & Alka Yagnik went on to become a rage throughout the nation.