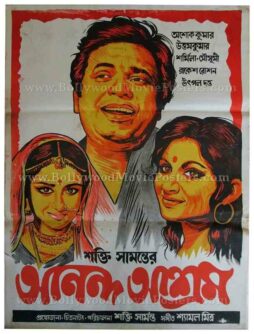 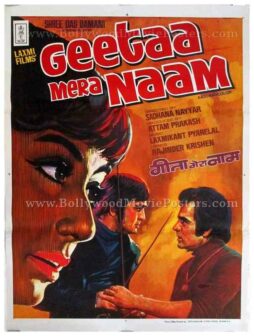 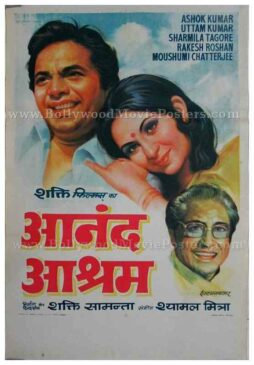 This is an actual surviving old poster of the 1977 Bollywood movie that was made in dual languages – Hindi as well as Bengali. Starring actress Sharmila Tagore, this old poster was printed and circulated somewhere during the release of the Bengali version of the film. This quirky, hand painted old Bengali movie poster was originally designed for publicity of the film but never ended up being used.

The poster was originally designed on a hand painted canvas by a small time art studio in Kolkata, making it very collectable. It features a large, quirky hand drawn portrait of the lead actor Uttam Kumar on the top, with smaller portraits of the two actresses Sharmila Tagore and Moushumi Chatterjee on the bottom. The entire poster is designed and printed in two primary colors, i.e. yellow and red, adding greatly to its quirk quotient. The typography used in this poster is entirely in Bengali.