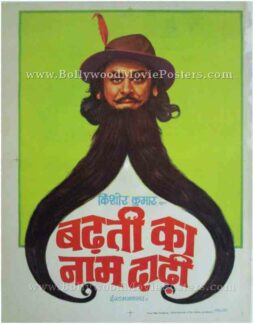 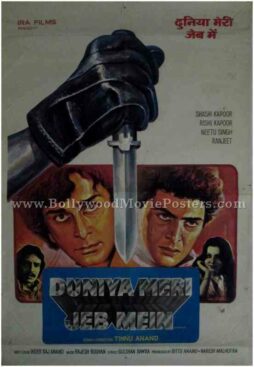 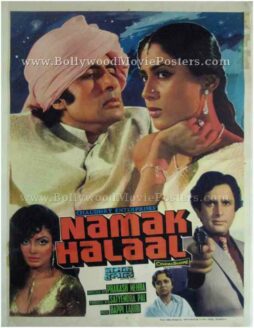 This is an actual surviving old Indian movie poster for sale of the 1974 comedy drama that starred the most successful playback singer in Indian cinema, Kishore Kumar in the lead role. The film was directed by Kishore Kumar himself and he even composed its music.

This vintage Indian movie poster has been professionally restored by an expert paper archivist. It has been backed on cotton using a thorough acid-free conservation and restoration process and comes with a preservation guarantee.

The film revolved around a hilarious plot wherein a multimillionaire decides to leave his entire wealth to the person who has the longest beard.

Kishore Kumar is considered as one of the most versatile personalities of Bollywood – he was a playback singer, an actor, a lyricist, a music composer, a producer, a director and a screenwriter, making this old Indian poster highly collectible!

Printed and circulated during the original first release of the film (somewhere in the early 1970s), this old Kishore Kumar movie poster was printed for publicity of the film but never ended up being used.

This stunning minimalist Bollywood poster captures actor Kishore Kumar in a hilarious avatar. Set against a green background, the title of the film appears in interesting typography in red at the bottom.