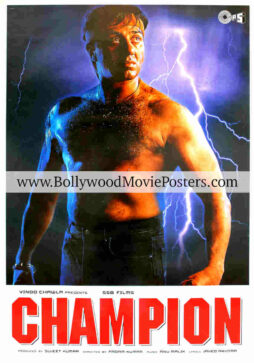 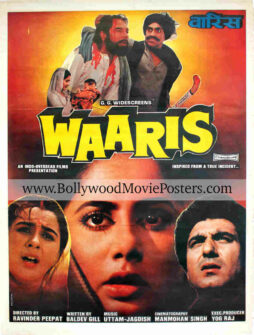 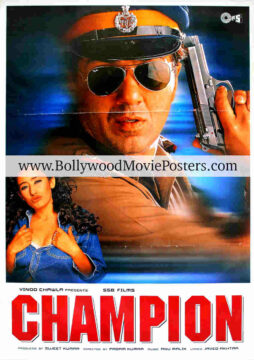 Featured here is an original Bollywood poster of the Hindi action drama, Champion (2000). This is an actual surviving movie poster of the film directed by Padam Kumar, which starred Sunny Deol, Manisha Koirala and Rahul Dev.

Champion marked the debut of actor Rahul Dev, who was nominated for the Filmfare Award for best performance in a negative role in the film.

Printed and circulated during the theatrical debut of the film (somewhere in the year 2000), this Sunny Deol film poster was originally designed for publicity of the film but never ended up being used.

The lead star of the film, Sunny Deol is seen shirtless, flaunting his body in a stunning still photograph in this Champion movie poster. Lightning is seen in the background, illuminating one side of his body. Typography used in this Sunny Deol film poster is entirely in English, with the title appearing in a red font set against a white background.