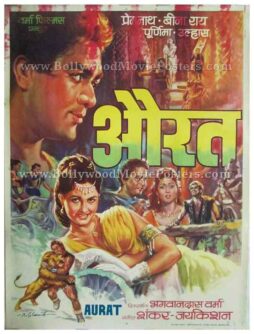 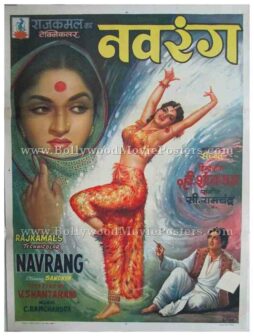 This is an actual surviving original old movie poster of the 1975 hit Marathi film that starred Ranjana Deshmukh.

Produced by one of the most influential filmmakers in Indian cinema, V. Shantaram, Chandanachi Choli Ang Ang Jali marked the debut of Ranjana Deshmukh into the Marathi film industry, making this poster, highly collectible.

Printed and circulated during the original first release of the film (early 1970s), this old hand painted Marathi movie poster was originally designed for publicity of the film but never ended up being used.