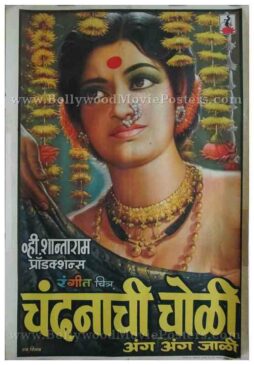 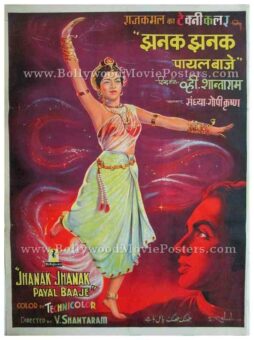 This is an actual surviving original vintage Bollywood poster of the 1959 hit Hindi film that starred Mahipal and Sandhya in lead roles.

Written and directed by one of the most influential filmmakers in Indian cinema, V. Shantaram, Navrang featured fabulous dance performances from lead actress Sandhya.